How to get rid of pain after shingles quickly 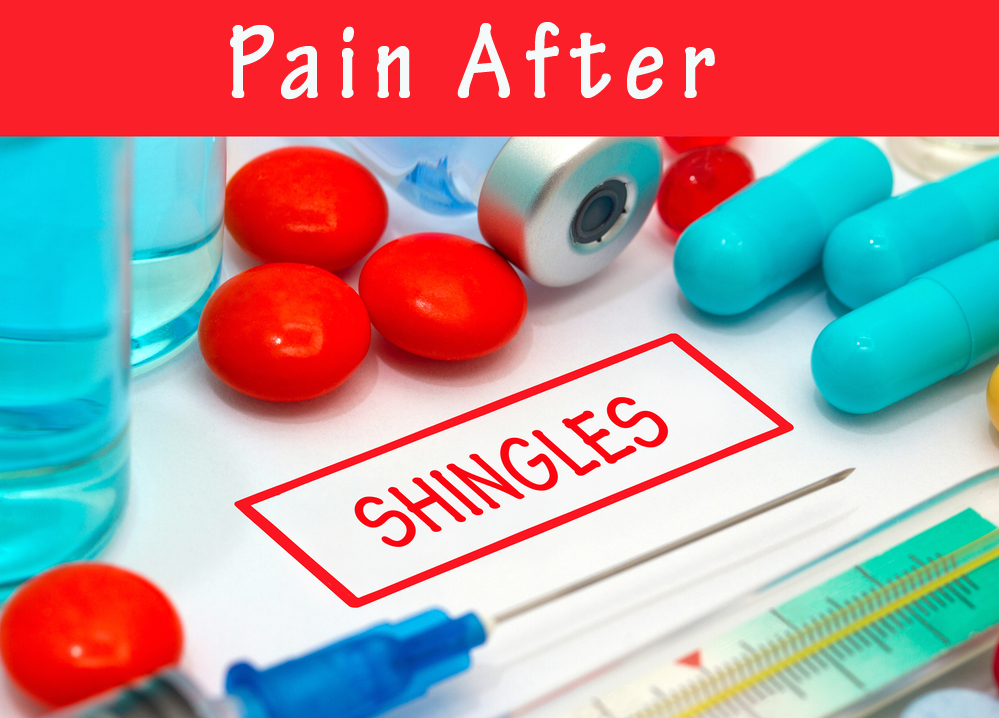 How does shingles appear

In this article, we will talk about the causes of post-herpetic neuralgia, symptoms, and methods of treatment.

Shingles (Herpes zoster) is the result of the reactivation of the herpes virus type 3 (Varicella zoster). The first encounter with this virus ends for a person with the development of chicken pox. After chickenpox, the virus remains in the nerve ganglia for the whole life. With a decrease in immunity, it emerges from the “shelter”, multiplies and causes damage to nerve conductors and skin, which is called shingles.

Herpes zoster lasts about 3-4 weeks. The disease is characterized by the appearance of the bubbles on the skin, which then dry up and form crusts. When the crusts disappear, the pigmentation remains for some time. Eruptions are located in the affected nerve ganglion, in the form of transverse strips on the body, longitudinal strips on the limbs and in the zone of innervation of the cranial nerves on the face and head. In this case, the appearance of the rash and all stages of its development are accompanied by itching, burning, pain of varying intensity and nature (shooting, terebrant, dull and aching, burning, etc.), as well as fever and intoxication. With a favorable outcome, shingles disappears completely. In some cases, it leads to a postherpetic neuralgia.

Postherpetic neuralgia is the most common complication of herpes zoster. The disease is not very dangerous to human life but very painful. Postherpetic neuralgia does not allow a person to sleep, work effectively, causes depression, and dramatically reduces the quality of life. Theoretically, it can occur after any episode of shingles, although there are some predisposing factors. Duration of the disease is different: it is about 12 months, but in some cases, this pathology can persist for years.

In medicine, it is considered that postherpetic neuralgia arises as a result of the inflammatory process in the nervous ganglia and peripheral nerves. Inflammation provokes a multiplying virus. An interaction and a reasonable balance between pain and antipain systems are violated in the body, the mechanism of control over the excitability of painful neurons to the central nervous system is affected.

However, neuralgia complicates not all cases of shingles.

The risk factors for its development include:

Among all the existing types of neuropathic pain, postherpetic neuralgia ranks third in prevalence, yielding the palm only to the pains in the lower back and diabetic pains.

Neurontin is the best remedy in treating neuropathic pain

Various groups of drugs are used to treat the disease. Nowadays, preference is given to anticonvulsants such as Neurontin.

If in the presence of shingles the patient suffers from spontaneous jerking of the muscles, then antiepileptic drugs may be prescribed.

To cure a neuropathic pain quickly, the treatment with Neurontin should be carried out with a titration dose. When treating neuropathic pain in adults, the initial dose of Neurontin is 900 mg/day in 3 divided doses. If necessary, depending on the effect, the dose is gradually increased to a maximum of 3600 mg/day.

Cancelation of Neurontin and/or addition of another anticonvulsant to the treatment should be made gradually over a minimum of 1 week.